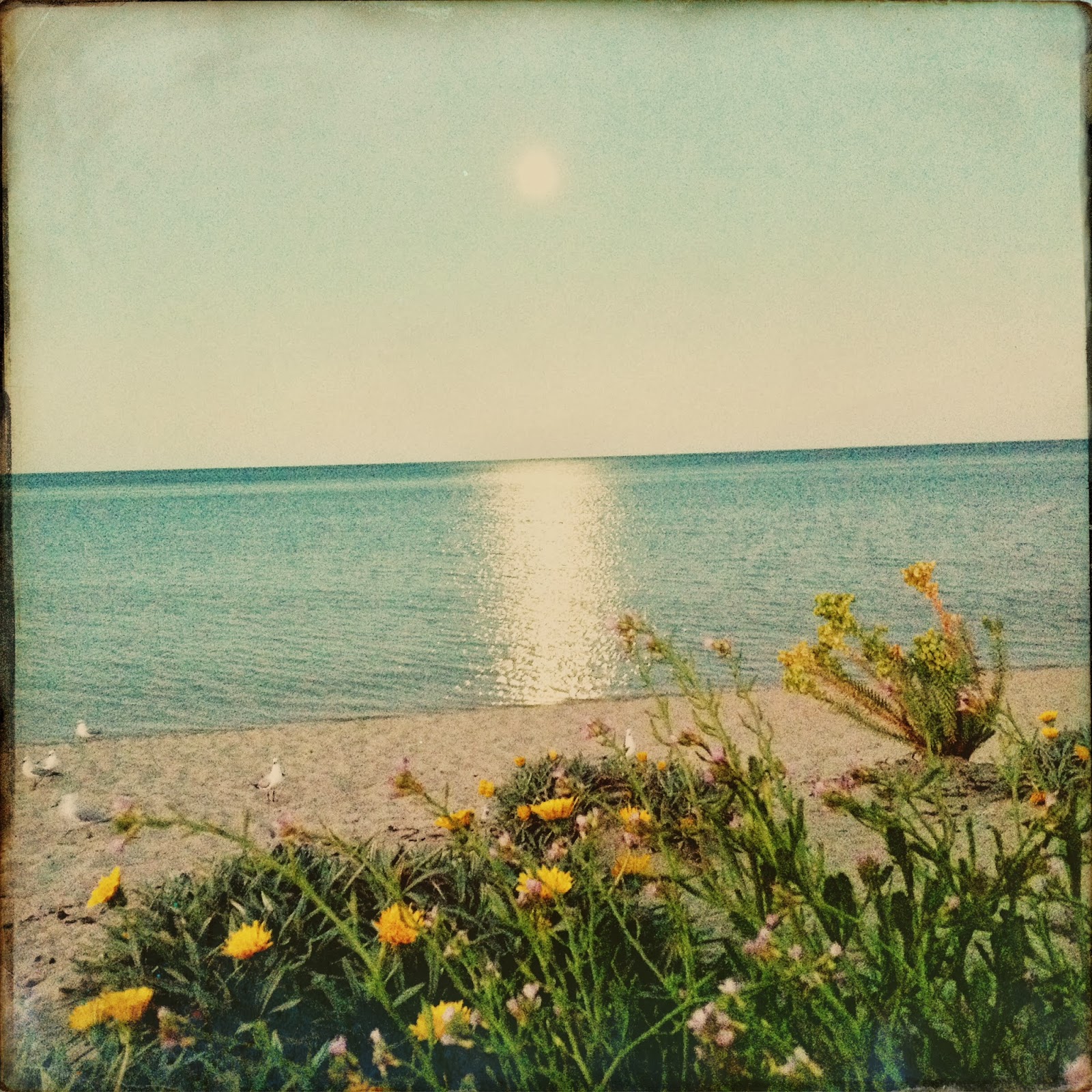 It's February which means it's hot.
Well here in Perth, Australia anyway 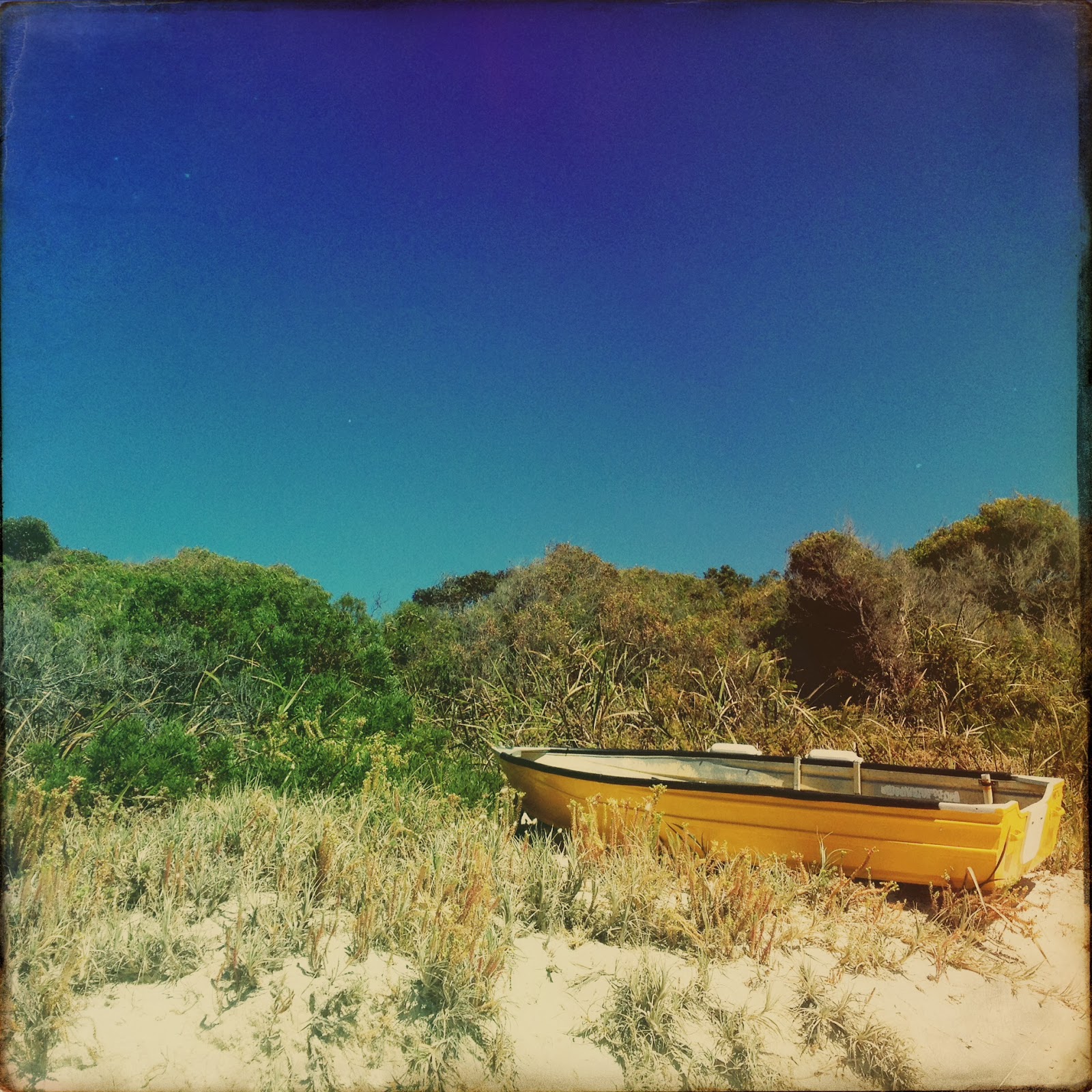 I always catch myself wishing for a seasons change just about the time it ACTUALLY does start to change -  and I find that rather comforting - as though Mother Nature can sense that I'm at my wits end with the dust, the flies, the heat and the drought… she knows I need the cooler evenings, the promise of rain and ….eventually…. the crisp cool bite of an Autumn morning. 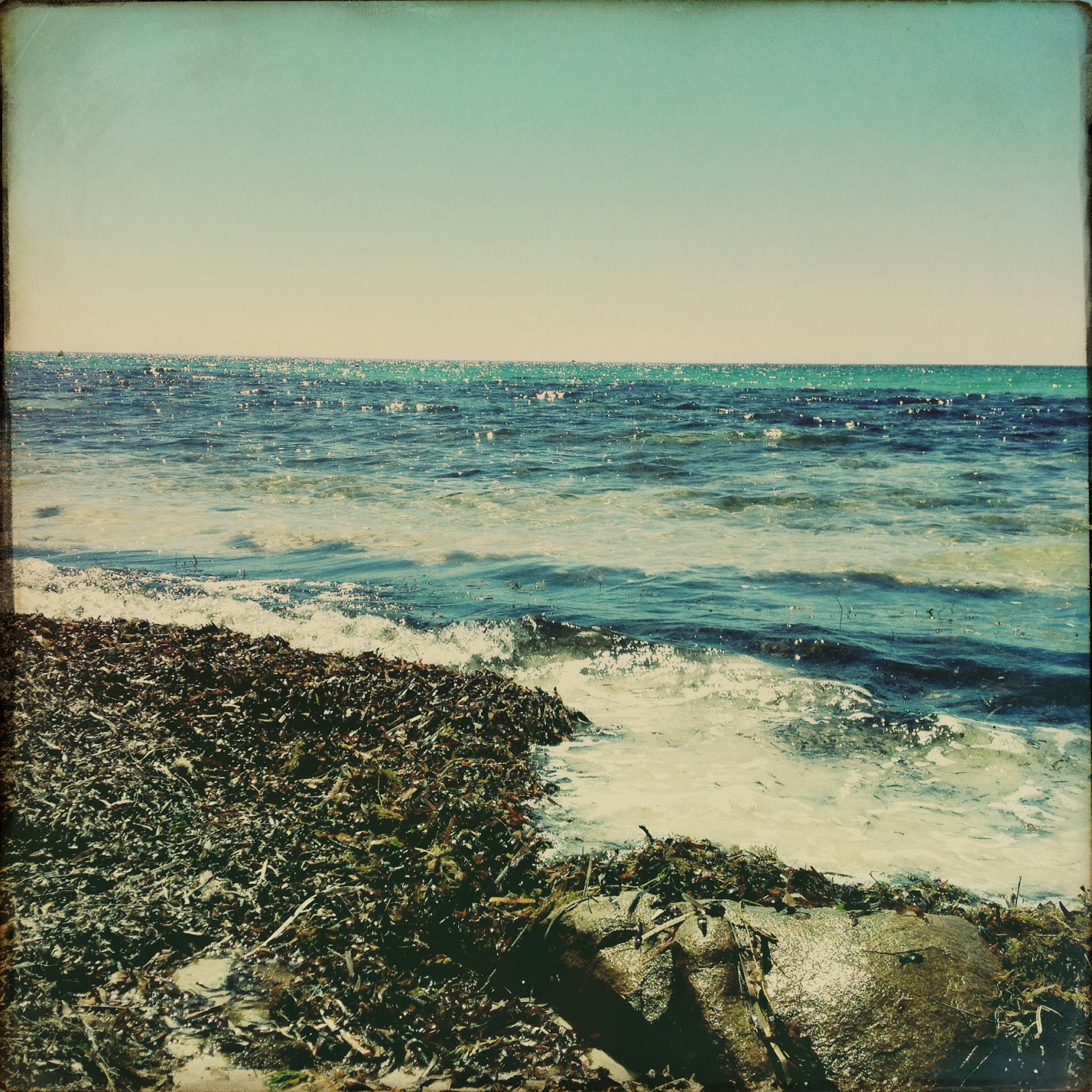 I know a lot of people who hate Winter and consider it blasphemous that I want to bid Summer farewell  but I think people are born for certain seasons… it's written in their DNA and their chromosomes can't help but either thrive or recoil depending on the temperature outside…. is that a tad dramatic?
Actually it is a bit dramatic but hey…. that's in my DNA too. 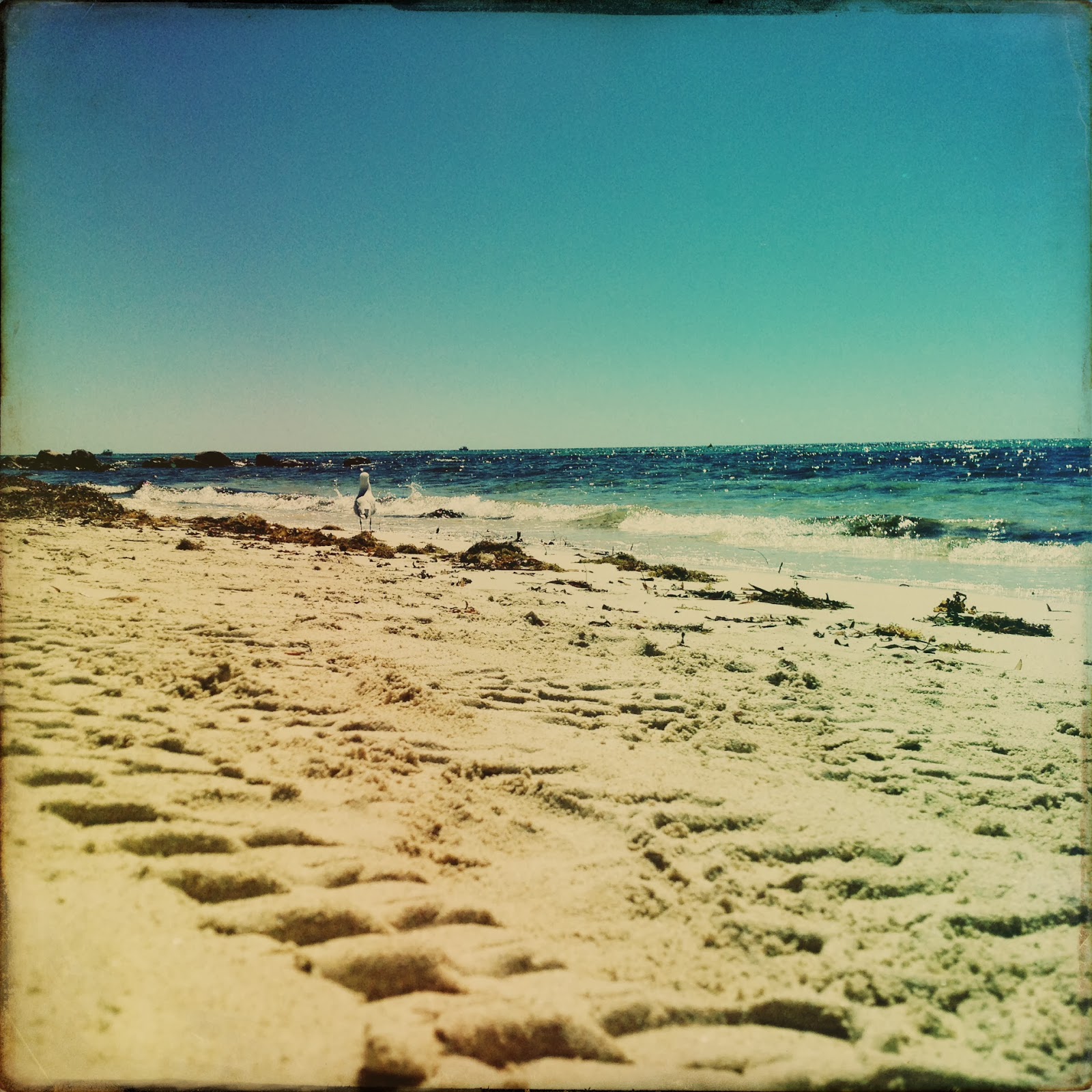 Hubby and I are facing a small crisis at the moment… you see we have people building next door to us
and they have had to carve up the land like a cake in order to accommodate the pad for their house.
Just to paint a picture here - Kalamunda (my town) is on a hill - which is basically a large rock.
So for about SIX weeks we've had a rock breaker & various other large diggers battering
away at the ground filling the air with the finest orange dust and shaking my house to it's core.
It's been SH*T 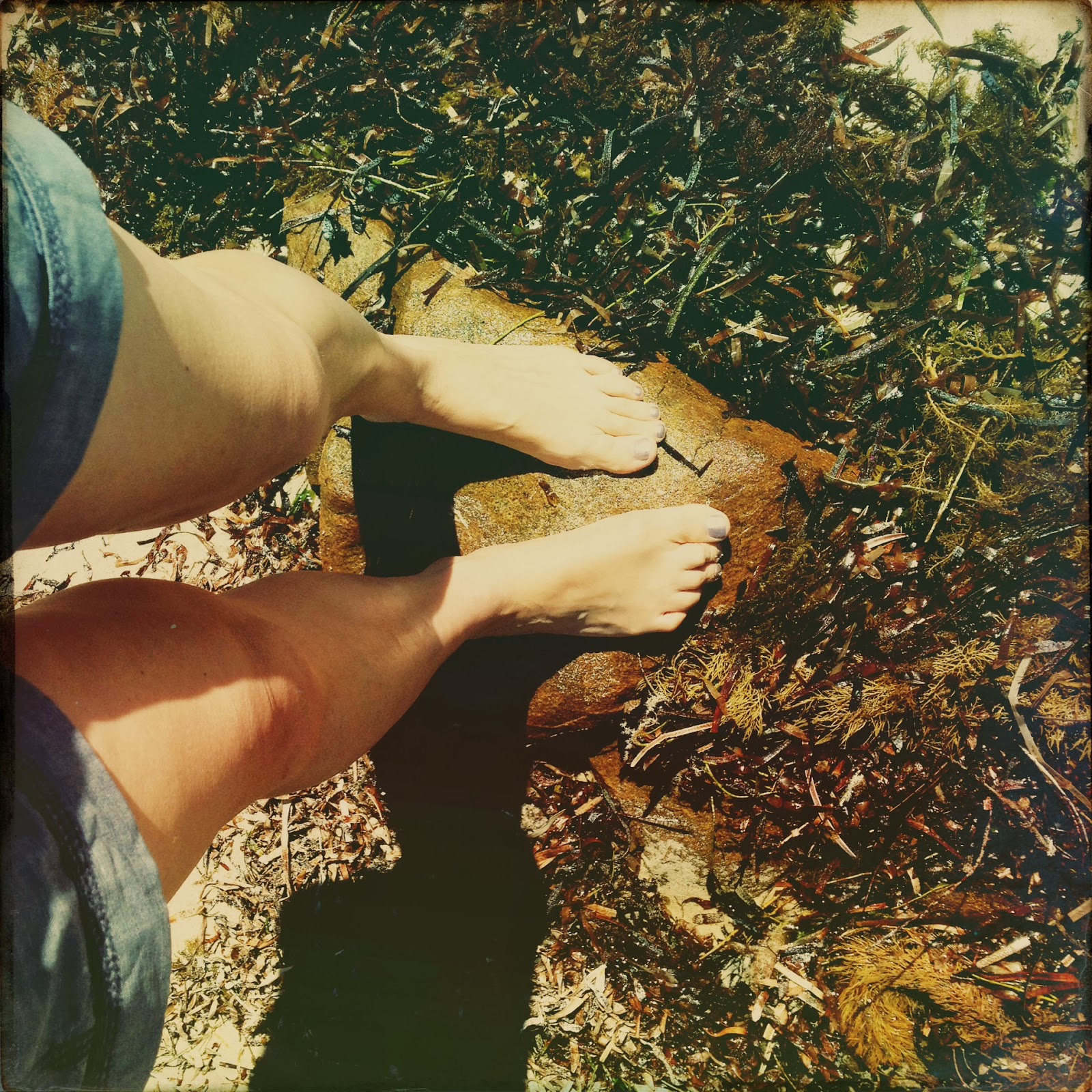 So we keep running away to the sea, the city, friends… anywhere basically to escape the madness.
I do need to add that they are THE NICEST neighbours anyone could wish for which makes hating the situation all the more difficult ….we have no fence to keep the dog in, dust EVERY WHERE - and I 'aint exaggerating peoples (I can taste it in the air!) a patio that's uninhabitable, a feral cat that keeps spraying during the night and…. well …. its' just been a bit of a muchness really. 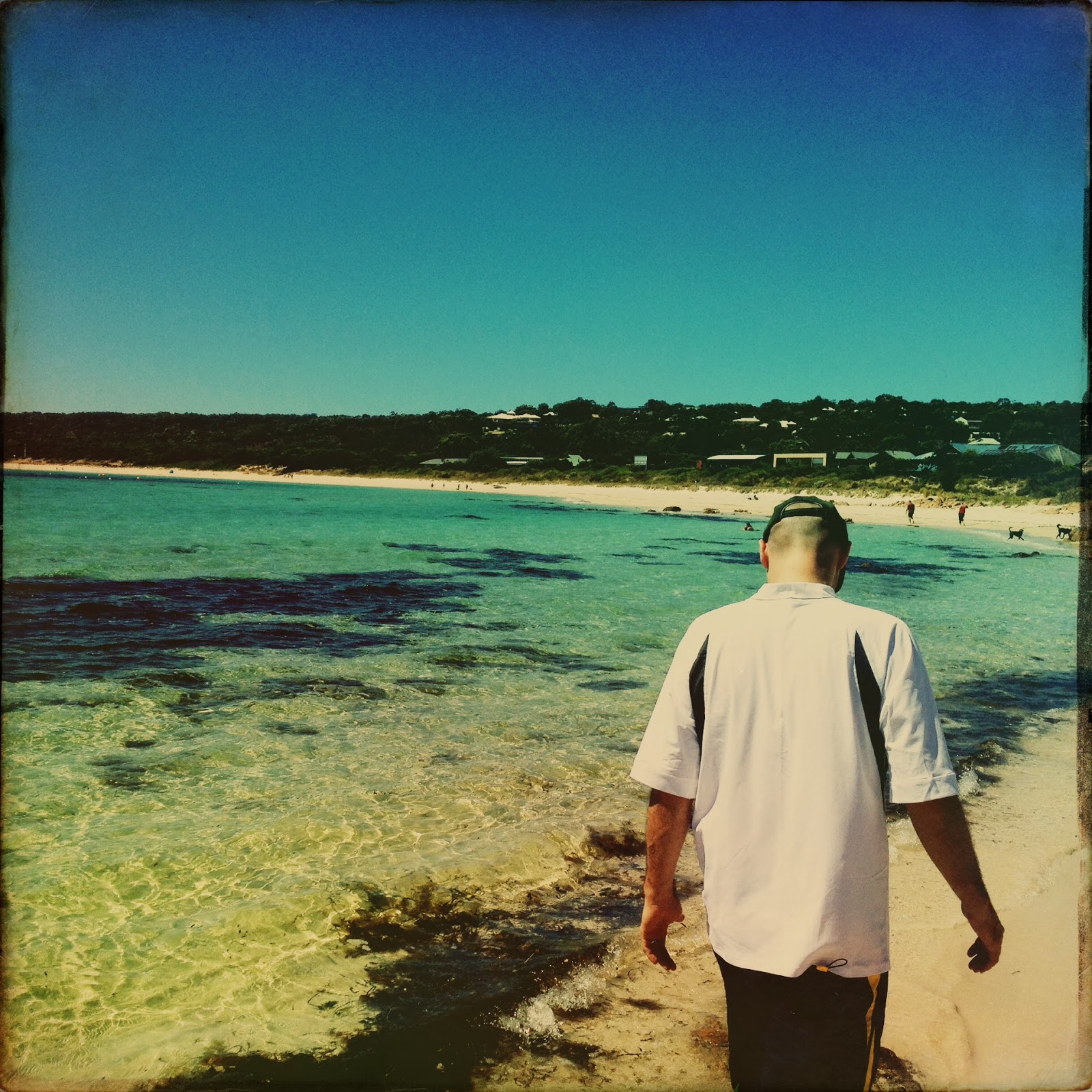 Buy hey… At least I have a house. At least there are belongings and items within that need dusting.
At least it's only dust (I've seen the flood damage in the UK… blessings to you all)
So as much as I'm letting off steam I do know in my heart that - as with all things -
"This too shall pass" 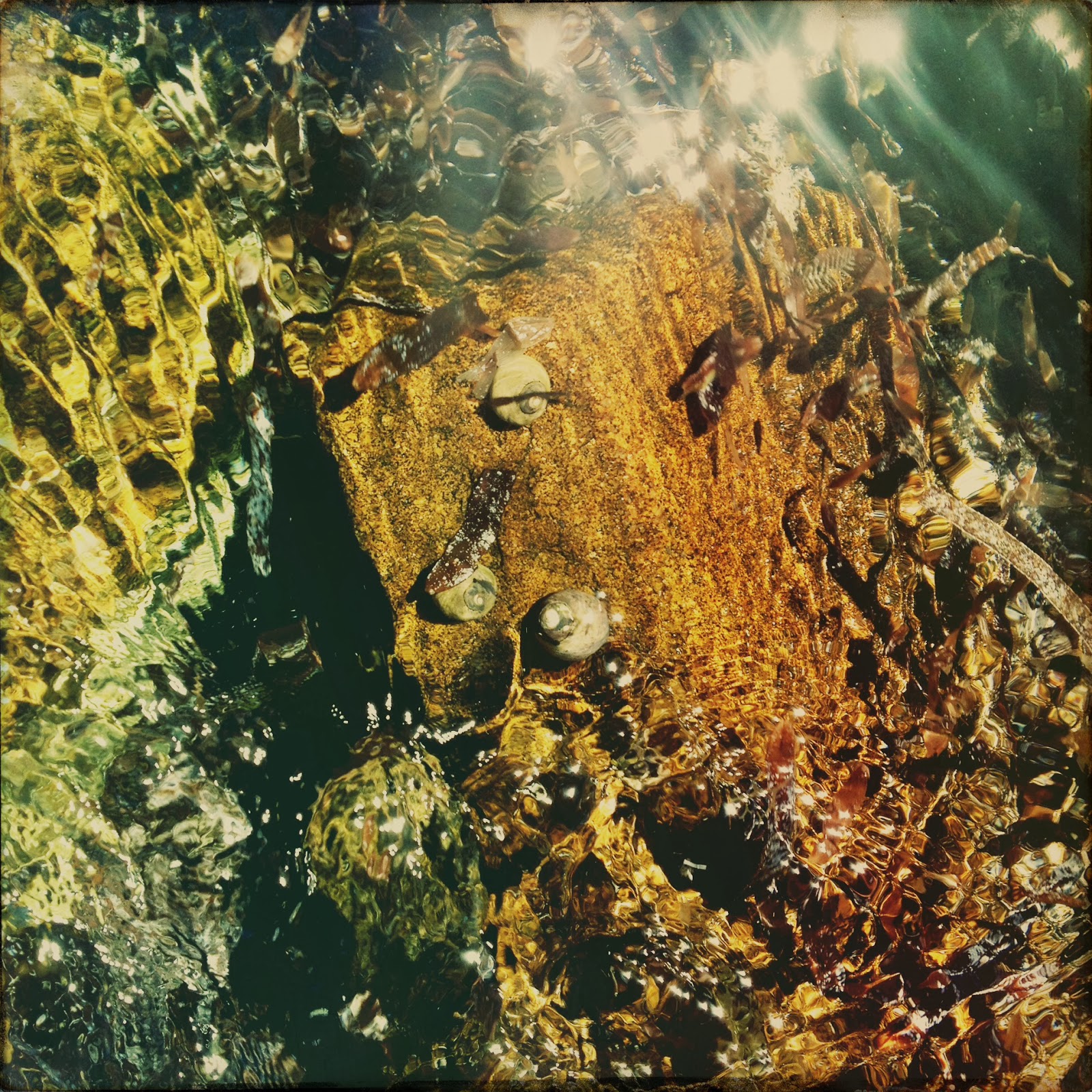 In the meantime it's better to savour what one has rather than long for what is clearly lacking.

I have also been practicing meditation and Kundalini Yoga  - which I am
sure (POSITIVE) has helped to keep me sane.

Couple that with tea, good books*, chocolate, work, movies and
family and I'm pretty sure I'll survive what I'm now affectionately terming
"The Desert Storm of 2014"

*(...anyone else loved Gone Girl? … Bloomindales!! I couldn't put it down!!
In a rather twisted way it made me feel like my "foibles and idiosyncrasies" are
small fries compared to the likes of those two!!) 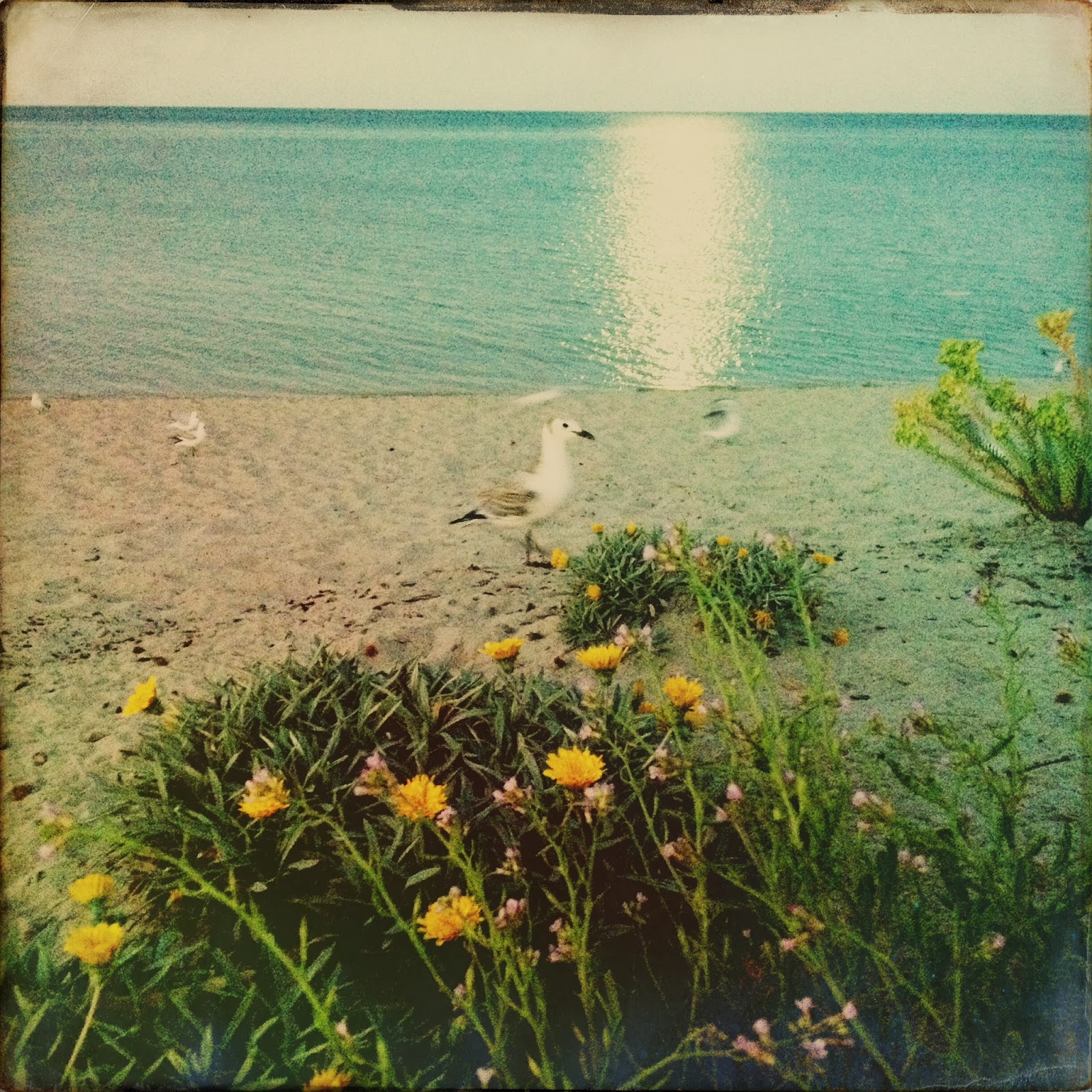 How are you all going?
Have you all enjoyed your Summer/Winter this year?
Are you ready for Easter Eggs?
(I only ask because they are sticking them on the shelves
already…. MADness)

What about great films, books?
I'm sooooo looking forward to seeing THIS
and I think I'd like to read THIS next  - I caught the
RADIOLAB podcast about it and …Wowsers. 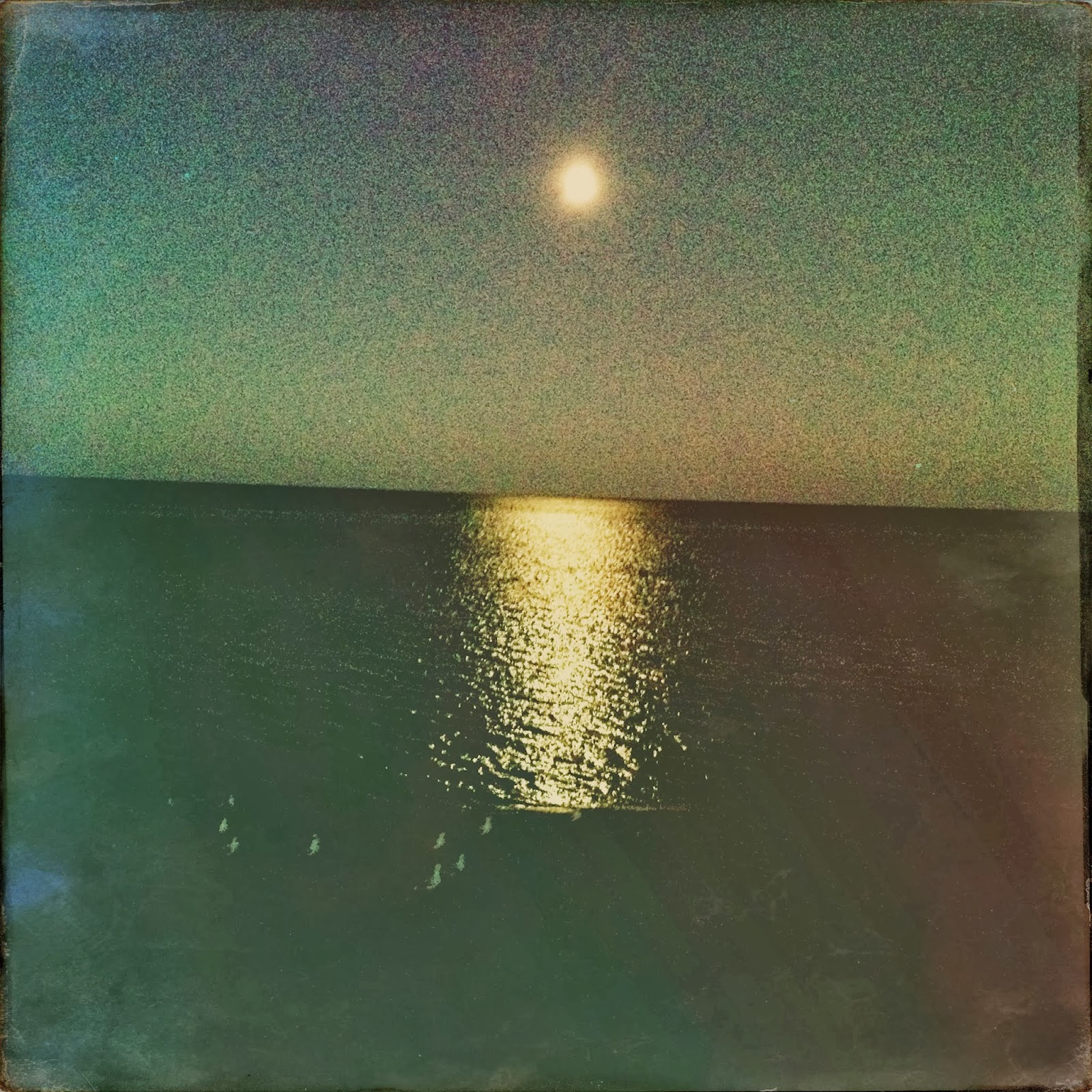 I have a backlog of controversial, interesting & debatable topics
I have a dozen or more recipes to share
I have at least a HUNDRED pins that I swoon over daily
I have craft ideas, I have new music love and I have
lots more boring beach shots… but for now I just wanted to say what
I've said and be done with it.

Have a super Wednesday, a fabulous Thursday and then a TRULY
wicked Friday peoples… it's Labour day weekend here so travel safe on the
roads and hug your loved ones extra hard. Just do.

Email ThisBlogThis!Share to TwitterShare to FacebookShare to Pinterest
Labels: About me, beach, Books, Family, Film, Photography

I am longing for summer but then we don't have to endure the heat that you do. Your beach photos are gorgeous and make me yearn for our evenings spent at the coast. I have been moaning a lot about our never ending wet winter here but, like you, I keep reminding myself that we at least have a dry house, unlike poor souls a few miles from us who are still completely flooded or cut off after almost 2 months.
I hope the dust and noise clears up for you soon ... I would hate that too!
AND, I am ALWAYS ready for Easter eggs! M x

I'm most definitely NOT a summer person and already dreading the coming heat and humidity.

Love your shots of the sea and sand though... ;D

The situation you find yourselves in with the neighbour's building sounds so debilitating. And, coupled with the intensity of the summer heat, we can well imagine that you are seriously in need of peace, quiet and a calming coolness. But, yes, all things do pass and you are quite right to focus on the positives since there are in the world so many, many others for whom just getting through the day is a struggle of epic proportions.

Your photographs are simply stunning. They capture the heat and the landscape so well, we really could be there walking alongside the ocean with you and how wonderful that would be. You are fortunate indeed to be able to have such places to escape to and recharge the batteries.

No apologies are necessary for sharing these details of your life. On the contrary, we feel it a privilege when blogging chums allow us a glimpse into their daily lives and share their hopes, difficulties and joys. Somehow it makes the world an altogether more human and humane place to be. We are with you in spirit!

There is something magical about your photos. I just love them.
I also feel we share the same DNA because I too am anxious for Autumn to start, the humidity here is just defeating (and the air con at work has broken for the 2nd Feb in a row). And I also feel I've learnt a lesson - next time I complain about the lack of parking in Manly due to people renovating and workmens trucks, I'll think of what you're going through and stop complaining.

Hi Angy. I have missed you! Your pictures are so good for my soul today. We are enduring bone chilling, wicked cold. I agree with you about certain seasons being in our DNA. I am part summer but mostly- like maybe 100%, Autumn. That probably doesn't make sense any where but in my head. I so loved the wonderful comment you left on my post. It was so fun to read and then I got to the end and saw who it was by- awesome. Thanks!

Oh I feel your pain over the work, noise and dust issues Angy...but hey today it's all quiet here. It's a little scary and spooky because the workman have been here everyday for 4 months!
They will return in a weeks time refreshed after golfing trips and the likes, so I'm going to try to make the most of it.
Fantastic beach shots and you had me at the title really ;D
I am ready for spring although winter wasn't too bad considering...but then we didn't have flood damage thankfully.
We haven't had any snow either, so I think we've got off lightly for our first winter back here.

I couldn't put 'Gone Girl' down either. What a pair!
I'm reading Philomena at the moment but slightly disappointed that it follows the son's story for the majority of the book and not the mother's side as I thought it would. Well, I'm 3/4 of the way through so I suppose there's time yet. I haven't seen the film yet as I like to read any book before I watch the film...it's in my DNA along with many other odd bits! (lol)
Sorry to have been missing for a while, but I hope to be back to normal soon (whatever that might be?)
Hugs to you and my peeps will wonder what's happening when I hug them as they come through the door tonight, but I love to hug anyway and you said I could!
Have a wonderful week.
xoxo

I write this as it is drizzling this morning here Sister, not too long now and you will be rejoicing and I will be longing for 30degrees! 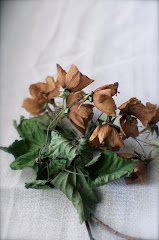 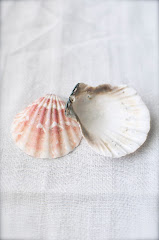 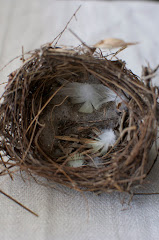 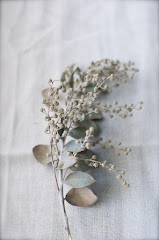